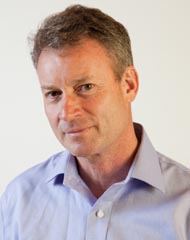 A brief biography of Tim Egan from the New York Times reads:

"Timothy Egan worked for 18 years as a writer for The New York Times, first as the Pacific Northwest correspondent, then as a national enterprise reporter.

In 2006, Mr. Egan won the National Book Award, considered the nation's highest literary honor, for his history of people who lived through the Dust Bowl, The Worst Hard Time. The book also became a New York Times Bestseller.

In 2001, he won the Pulitzer Prize as part of a team of reporters who wrote the series "How Race Is Lived in America." He has done special projects on the West and the decline of rural America, and he has followed the entire length of the Lewis and Clark Trail.

Mr. Egan is the author of five books, including The Good Rain: Across Time and Terrain in the Pacific Northwest, and Lasso the Wind, Away to the New West.  He lives in Seattle."